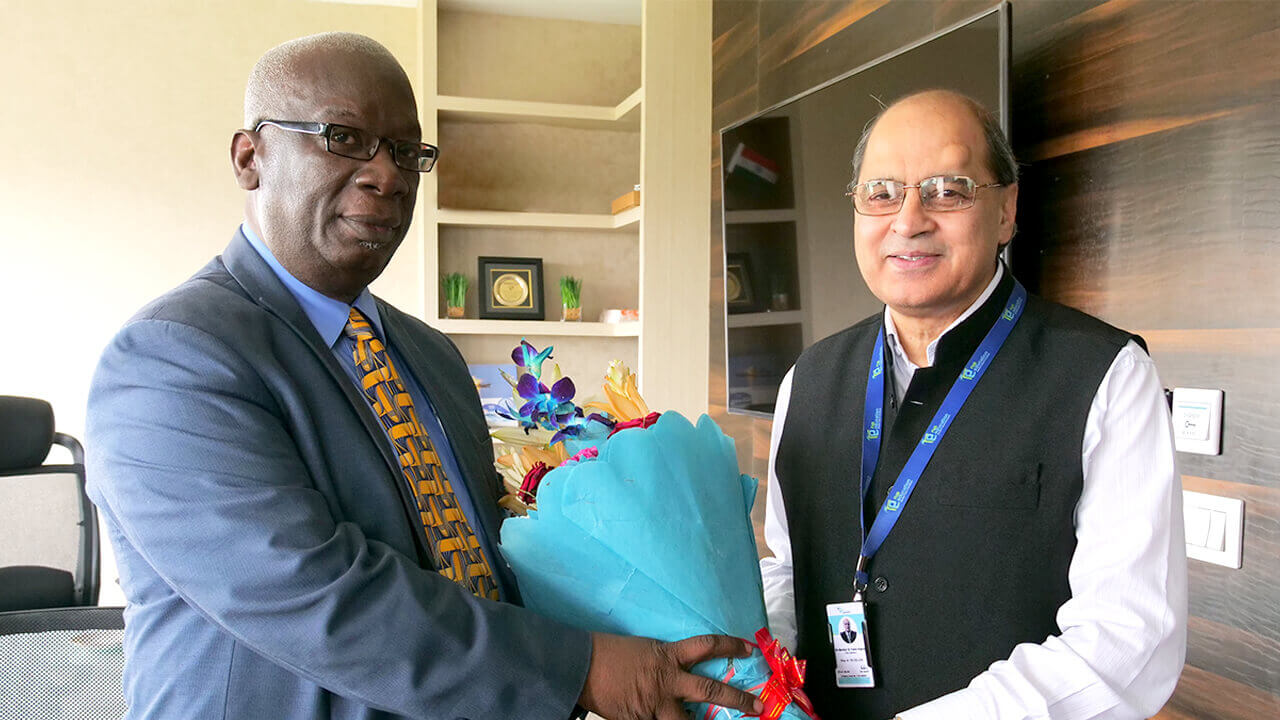 I am a doctor: Admission Fair For MD In Barbados | Victoria University of Barbados

On August 11, Victoria University of Barbados (VUB), in collaboration with other Caribbean Medical Universities, organized “I AM A DOCTOR,” Admission Fair in Delhi at Shangri- La's - Eros Hotel. The Fair was organized to give medical aspirants in India an opportunity to get guidance on medical education abroad and admissions to MD Program of VUB and other medical universities who participated in the event.

Medical aspirants from different states, along with their parents and guardians, attended the event to make the best use of this opportunity and get one-to-one guidance from University delegates, Vice-Chancellors and dignitaries in the field of medicine. The event was graced by Captain A.L. Narayan (Navy Retd.), Registrar of Victoria University of Barbados. Along with Captain Narayan, following notable dignitaries attended the event:

The Fair was inaugurated by presenting a floral bouquet to Mr. Ronald Jones, Air Marshal (Dr) Pawan Kapoor, and Captain A.L. Narayan, followed by speeches from dignitaries full of experiences, guidance, and inspiration.

During the speech session, Air Marshal (Dr) Pawan Kapoor guided the attendees about medical education in America and how Caribbean medical universities can help aspiring doctors fulfill their ambitions in an affordable manner. Air Marshal (Dr) Pawan Kapoor also enlightened the students on International Clinical Rotations, how students can get and benefit from clinical training in different countries, and how they should go for medical residency and practice in the United States.

In his speech, Mr. Ronald Jones enlightened all those who were present about medical education in Barbados preceded by education system of the island country and the culture of Barbados.

In the event, both NEET qualified as well as NEET unqualified students were invited and were explained the 5-Year Pathway to become a doctor.

Students were apprised that for NEET qualified students, 5-Year MD Program is organized at the University’s Campus in Barbados and the medium of instruction is English.  Students were glad to learn that even the official language of Barbados is English and therefore, they do not need to learn another language to study medical in Barbados.

Students were apprised that if they have qualified NEET, they can get direct admission to study medicine in Barbados while students who have not qualified NEET, do not need to worry. For students who are yet to qualify NEET, one-year Pre-Medical Program is organized in India. Along with Pre-Medical course, coaching for the preparation of NEET is also provided. In one year, students can qualify NEET as well as Pre-Medical Program and thereafter, get admission to 4-Year MCI Recognized MD Program (equivalent to MD).

To deal with individual concerns of the medical aspirants, an interactive session was held wherein students, as well as their guardians, got an opportunity to interact with University representatives and counselors on one-to-one basis and ask their specific queries regarding MD Program, University, as well as the foreign country.

Concerns of parents about their children’s safety and living arrangements abroad were resolved directly by Mr. Jones who stated that in Barbados, all the international students are provided with University managed hostel and mess facility and that Barbados is one of the safest countries in the entire Caribbean region. Students were glad to know that in Barbados, special arrangements are made by the University to provide Indian Food.

For the eligible candidates, facilities were also provided to apply on-spot for admission to the University and join the next batch of the program for MD in Barbados. For NEET Qualified students, a scholarship of 50% was also offered in accordance with the University’s NEET 2019 Merit Scholarship announced shortly after the results for NEET 2019.

MD in Barbados: Pre-Departure Ceremony Organized in India For 2019 Batch of Victoria University of Barbados

Let Us Help You

Become a Partner With Us!